What Happens When A Planned Repair Becomes A Total Rebuild? 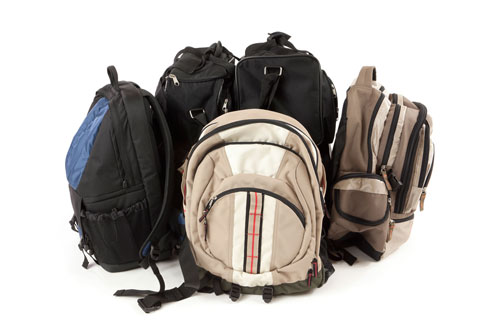 When a gearbox is down, even for planned maintenance, plant production is affected. When the repairs are more complicated than anticipated, the downtime can be not just inconvenient but costly. Such was the case when one of our customers, an aluminum rolling mill in Tennessee, called us to repair a leaking caster gearbox.

The initial customer request was for a planned two-day job to replace two bearings on a low-speed shaft in a caster gearbox, but we were prepared for the job to expand.

“They called us on Tuesday to come over on Sunday, dissemble the gearbox and if they could acquire the set of bearings they needed in time, begin the rebuild on Tuesday,” said Atlanta Gear Works Account Manager Alan Armstrong.

The power of packed backpacks.

When it turned out they couldn’t get the bearings, we assured them we could and would bring them with us on Sunday. We sent over a crew of four Timkin-certified
gearbox field repair technicians, along with the needed bearings. When they got there, the plant maintenance superintendent informed them that the job would require more extensive work and take five to seven days instead. With their backpacks always fully packed, they were ready to stay.

“We knew there were other problems because the box was leaking oil like crazy,” said one of them. “When we opened the gearbox, we saw all eight bearings needed to be replaced.”

On hearing this, our staff back in Georgia was able to source six more of the needed bearings. But the job became even more complex when our field techs discovered that the low-speed seal fit and shaft fit were bad.

They sent the shaft back to our shop for repair, normally a two-day job. But given the urgency, two of our machinists worked overnight to repair both the bearing fit and the seal fit.

The power of flexibility and resources.

Meanwhile, back in Tennessee, our field technicians discovered even more trouble in the gearbox. As they were measuring the bores in the box for fit, they noticed that the housing had sprung and was causing the bearings to be pinched and put into failure mode. Along with the staff at the mill, they decided the housing had to be bored out. We immediately dispatched a second team of two field machinists and our field machining truck and equipment to save time for the customer by doing the machining on site.

Thanks to our extensive resources, while our field machinists were machining the gearbox housing at the mill, at our shop in Georgia another team was manufacturing the two sleeves to repair the housing. Meanwhile, our technicians still at the mill were setting the new bearings, which had to be modified for this application.

On Friday night, when they were ready to put the assembly back together, the mill decided to use the damaged pitted pinion. That’s when our technicians noticed there was no backlash. With the clock ticking, now in our sixth day on site, we immediately sent the damaged pinion back to our plant by courier. By 4:00 Saturday afternoon, we had the repaired pinion back at the mill – less than 24 hours since we had noticed the damage.

Our team immediately began installing the repaired pinion and finishing the job. They worked through the night and by 4:00 am on Sunday had completely rebuilt the gearbox – on site. By 10:00 that morning, seven days after the job began, the now like-new gearbox was up and running.

After a week at the mill, our field crew was finally able to go home.

“With short notice, with our AGW shop and AGW field resources working with the customer, we rebuilt a large gearbox in place and handled all the line boring and machining required of the bores and shafts to bring the mechanical integrity of the gearbox back to specifications,” said Atlanta Gear Works President Jack Conway. “Our job is to do whatever it takes to minimize customer downtime – and we have the resources to do it.”