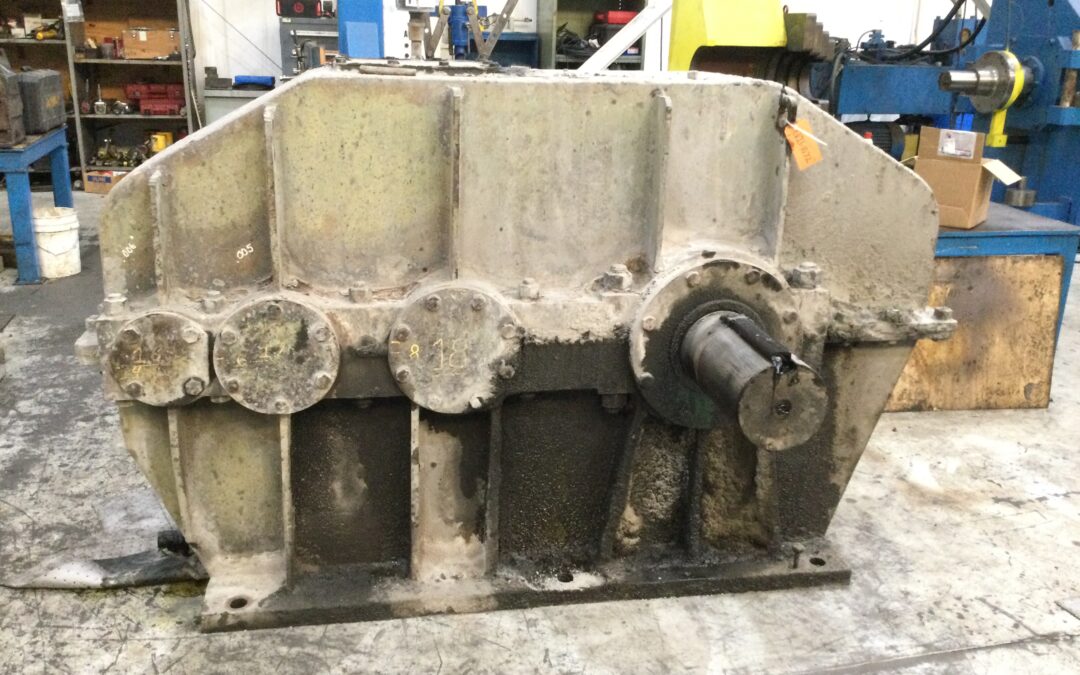 Cement is the main component of concrete, the most widely used material on the planet. At the heart of every cement plant are the rotary kilns, in which a raw mix of limestone, clay and shale is heated close to 3,000° Fahrenheit to produce clinker, which is then ground down to form the powdery mix known as cement. A cement plant’s kilns feed the entire rest of the operation. A failure of a kiln gearbox can shut down production.

When the gearbox on one of the five large kilns at a large Midwest cement plant failed, the plant called a nearby gearbox repair company to repair it. They tried. Twice. But each attempt failed to fix the problem.

“We’d been working with them for ten years and had a track record of always doing what we say we’ll do.” said AGW Regional Account Manager Mike Kane. “They also knew they could rely on us for competitive pricing.”

“After we received the gearbox at our shop, our engineers discussed the problem with their engineers,” said Chris Dale, AGW VP-Engineering. “The gearbox was obsolete, with no replacements or replacement parts available. We all agreed a complete rebuild was in order.”

For Atlanta Gear Works, it wasn’t enough just to identify and fix the problem. Behind every repair or rebuild they do is their guarantee to “repair or reverse-engineer to original or better quality.” Their goal was to rebuild the box to prevent the problem from ever happening again.

The gearbox was a triple-reduction nested double helical and herringbone gear type reducer. After dismantling the gearbox, the AGW engineering team determined the cause of the failure to be extensive gear tooth wear. The gearing, which appeared to be the original gearset, had wear from many years of operation.

“The lack of available replacement parts wasn’t a problem for us,” said AGW VP-Sales Craig Massa. “We were capable of manufacturing all gearing and components in house.”

AGW engineers made recommendations for upgrades, reverse-engineered the existing gear reducer and carried out gear and bearing calculations. The in-house machine and gear shop manufactured all the replacement gears, shafts, spacers, bearing carriers and other components.

AGW upgraded the design to single helical, carburized, hardened and precision-ground gearing with upgraded tapered roller bearings. They were able to improve the gearbox’s service factor to over 2.0, which exceeded the gearbox’s original design.

“At the end, the only part remaining of the original gearbox was the box itself,” said Massa.

“This rebuild was possible only because of our extensive investment in our engineering talent and our expanded in-house manufacturing capabilities,” said AGW President Jack Conway. “And those investments are the result of our commitment to maintain the highest quality control throughout every rebuild.”

For information on how Atlanta Gear Works can help you diagnose and repair any gearbox issues, please email info@atlantagear.com or call 706.216.5040.